With an alternative sound reminiscent of legendary 2000s pop-punk accented by a modern, tech-infused flair, Stolengoods is bridging the past, present, and future in a way unlike we’ve ever seen. His latest single, “Atlantic Avenue,” invites listeners to his hometown of Virginia Beach and walks them down a literal and metaphorical avenue that changed his life – introducing him to his partner and serving as the setting of some of his most important memories.

“It’s about a street in Virginia Beach called Atlantic Avenue,” he explains. “It’s the ocean front, and people ride their bikes up and down it, they drink up there, there’s bars. And that’s where I found love. I was up and down the ocean front for 12 years straight – living down there, bartending down there, and I found the love of my life down there on the beach. It’s definitely a love story, really, but also just a piece of Virginia Beach as well.” 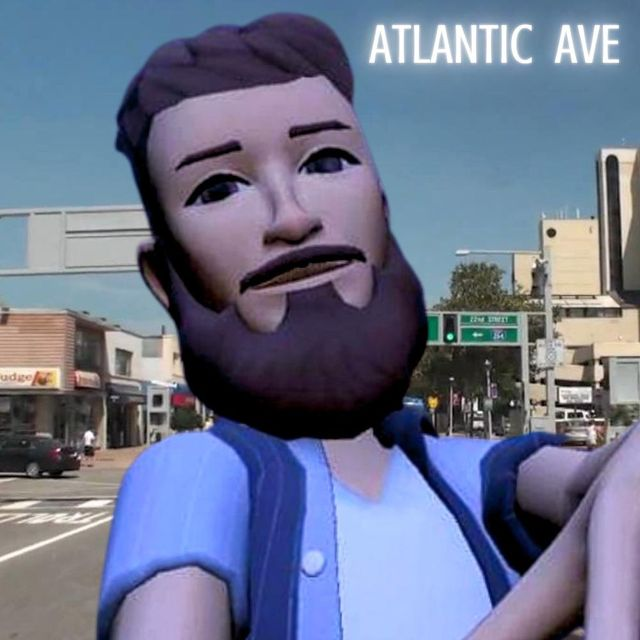 Stolengoods posted “Atlantic Avenue” online back in January before taking his catalog off streaming platforms, and after fans begged him to return their favorite songs to streaming, he decided to start a new chapter and revisit each song as he slowly re-releases them.

In an era where it seems like our physical and digital lives have taken on forms of their own, Stolengoods blurs the lines between what’s real and what’s seemingly fake, but real in another realm. The music video for “Atlantic Avenue” combines IRL clips of the artist with VR clips, seeing his avatar perform the song and explore a pixelated world that’s not as far away as we think. It’s just as much of an escapist journey as the song itself, speaking to the endless possibilities that arise when music and technology intertwine.

Outside of music, Stolengoods is also a pioneer of the experiential VR field, bringing the metaverse to Virginia Beach with Virtual Escape and the Virtual Gamer League. Virtual Escape invites visitors and residents of Virginia Beach to explore the VR world through EDM events that attract hundreds, while the Virtual Gamer League brings VR gamers together to play their favorite games and share their hobby with fellow meta lovers.